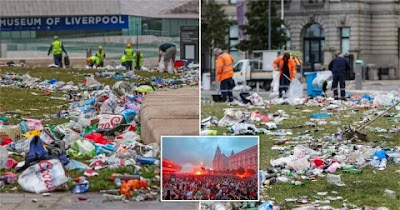 Chaos swept the city centre as glass bottles were reportedly lobbed at officers trying to contain disorder at Pier Head. Videos of the aftermath shared on social media this morning show the streets lined with plastic bags, cardboard boxes and beer cans.(Wapbaze_Copyright)

Footage shows crowds cheering as a firework is launched straight into the Grade-1 listed Liver Building on the city’s waterfront. A number of people have been arrested and a section 34 dispersal order has been issued – allowing officers to break up groups of two or more people until tomorrow.(Wapbaze_Copyright)

As many as 20 ambulances were sent to the area after several people were injured and a police helicopter was heard circling over the city centre until around 2am. In a joint statement this morning, Liverpool FC, Merseyside Police and Liverpool City Council said they had been working to ‘consistently remind people that the region is still disproportionately affected by the Covid-19 pandemic’.(Wapbaze_Copyright)

It is the first time the club has won the title in 30 years, but the club, authorities and unofficial supporters union Spirit of Shankley had urged fans to celebrate ‘safely’. 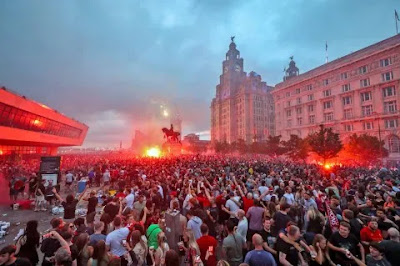 The statement added: ‘Several thousand people turned up at the Pier Head on Friday 26 June and some chose to ignore the social distancing guidance and risk public safety. Our city is still in a public health crisis and this behaviour is wholly unacceptable.(Wapbaze_Copyright)

‘The potential danger of a second peak of COVID-19 still exists and we need to work together to make sure we don’t undo everything that has been achieved as a region during lockdown.(Wapbaze_Copyright)

‘When it is safe to do so, we will all work together to arrange a victory parade when everyone can come together to celebrate. Until that time, the safety of our city and our people continues to be our number one priority.’ 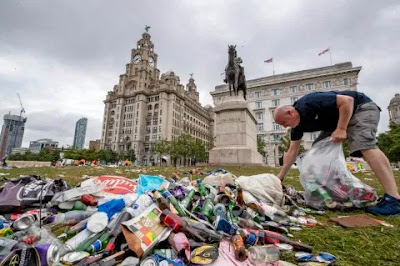 The extent of the damage on the Liver Building is still not known, but four fire engines were sent to the scene and extinguished a blaze on a balcony.(Wapbaze_Copyright)

This morning Mayor of Liverpool Joe Anderson tweeted: ‘More in sorrow than anger, like most LFC fans & residents, I condemn those that brought a negative focus on LFC and our city. 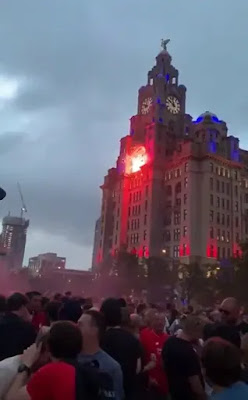 Hitting back at suggestions he failed to address concerns of Covid-19 transmission in relation to recent Black Lives Matter protests, he added: ‘I asked BLM organisers not to arrange demos, I also asked people not to go, I joined a virtual demo instead.(Wapbaze_Copyright)

‘I have asked people to leave the City tonight over safety. I have condemned people urinating in doorways and causing anti social behaviour. Get your facts right. 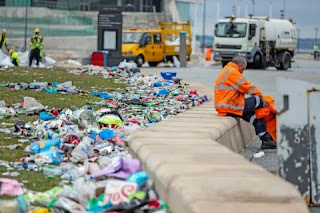 ‘Those demos were well managed and well behaved, there are images of people drunk, urinating in the streets, completely different.’

Last night the city’s Metro Mayor Steve Rotherham tweeted: ‘Nobody is more made up than me to see LFC champions again but this is dangerous.(Wapbaze_Copyright)

‘We’re not saying this to be party poopers but hundreds of people have already died in our region because of Coronavirus. Until it’s safe for us to come together to, please celebrate at home.’