R.a.p.e Would Reduce If Society Embraces P.o.r.n And Stop Frowning At It - Amara Maduka 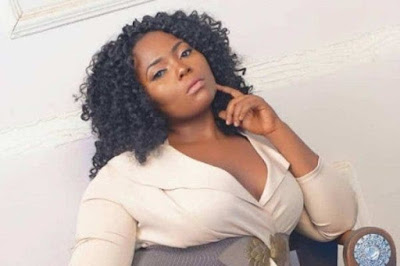 Nollywood actress Amara Maduka, has asked Nigerian men to embrace p.o.r.n instead of r.a.p.i.n.g women. She also encouraged the society to stop frowning at p.o/r/n assuring it will help men stop r.a.p.e.(Wapbaze_Copyright)

She made this known in an interview with the NewTelegraph saying;

''In my opinion adult contents has nothing to do with r.a.p.e. As a matter of fact, r.a.p.e would reduce if the society embraced adult contents instead of frown at it. It’s basic knowledge that mankind will always long for the forbidden fruit.(Wapbaze_Copyright)

Because it’s a big deal, people are going to always crave it. But if it’s embraced and the men know that a woman’s body is just a body.(Wapbaze_Copyright)


Everyone has one and it’s not a big deal to see a woman’s body because their sisters have one and their mothers have one, then they would see every woman as human and not an object.(Wapbaze_Copyright)