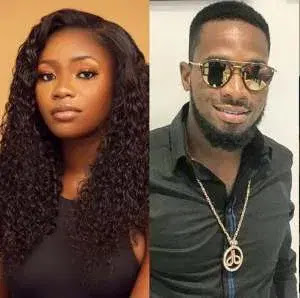 Following a directive by the Inspector General of Police (IGP), the Force Criminal Investigations Department (FCID) has commenced investigations into the allegation by a lady, Seyitan Babatayo that musician, Oladapo Oyebanjo, aka D’Banj r.a.p.e.d her.(Wapbaze_Copyright)

Consequently, both the musician and the accuser have been invited to the Force Criminal Investigations Department, Abuja to give written statements and for interrogation.(Wapbaze_Copyright)

Vanguard, however, gathered that while D’Banj has reported on three separate occasions at FCID for interrogation and statement, the accuser, Seyitan Babatayo, has constantly refused to show up.(Wapbaze_Copyright)

Her non-appearance is what prompted the Force CID to dispatch officers to Lagos to invite Seyitan for her written statement and interrogation on the alleged rape, according to a police source.(Wapbaze_Copyright)

The police source said that having made the allegation, it was necessary for her to come forward to give a statement to back up her accusation which she has not done hence detectives were sent to Lagos to get her statement.(Wapbaze_Copyright)

When his attention was drawn to allegations that Seyitan was arrested and detained by Police operatives at Ikeja in Lagos for 24 hours, the source said there may have been a mix up by the legal representative of Seyitan as she was only invited to give her written statement and be interrogated.(Wapbaze_Copyright)

The source, however, disclosed that investigation into the allegation of rape is still ongoing.