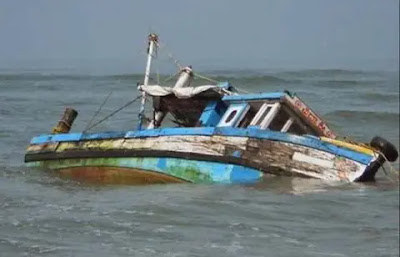 No fewer than 28 persons were feared dead Sunday afternoon after a canoe they were traveling in capsized in River Benue.(Wapbaze_Copyright)

Vanguard gathered that the ill-fated locally made boat was conveying mainly members of the ECAN Church Ijaha in Makurdi Local Government Area to a meeting across the river when it sank at Kwaghtan Sule in Guma LGA.(Wapbaze_Copyright)

According to the source, the canoe which had a carrying capacity of not more than 15 passengers was overload with over 30 passengers and midway into the journey sank.(Wapbaze_Copyright)

“The number of people in that canoe cannot be ascertained because the operators do not keep records of the number of passengers that get on board but they may be over 30 in that boat which should carry more than 15 passengers.(Wapbaze_Copyright)

“Though two persons were rescued alive, some others have not been seen but the search is still ongoing and it is being carried out by local fishermen and the police,” the source said.(Wapbaze_Copyright)

Meanwhile, a statement by the State Police Command signed by the Public Relations Officer, Deputy Superintendent, DSP, Catherine Anene indicated that 21 persons were missing in the mishap that occurred at about 2:30 pm.(Wapbaze_Copyright)

Part of the statement read, “We received information at about 2:30 pm Sunday that 23 members of ECAN Church Ijaha, Makurdi Local Government boarded a Boat to attend a conference across River Benue, at the midstream, the boat sank into the river.(Wapbaze_Copyright)

“Marine Police search party were deployed to the scene where two persons were rescued alive while 21 persons are still missing.”