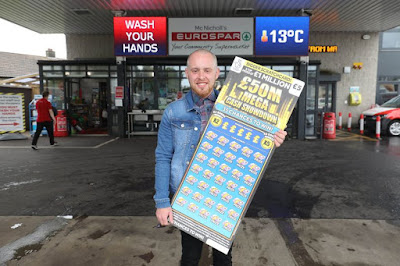 A supermarket manager thought he was being pranked after winning £1 million on a £5 scratchcard - but has vowed not to give up his day job.(Wapbaze_Copyright)

Shawn Keeley, who works at a Eurospar in Dungiven, Co Derry, said he "checked every inch" of the Lotto card to make sure it wasn't a fake.(Wapbaze_Copyright)

The 26-year-old even consulted with family and friends before he was convinced, but won't be quitting his job despite his newfound wealth.(Wapbaze_Copyright)

Shawn now plans to buy himself a Range Rover and go on a big holiday, as well as share the money with those he loves.(Wapbaze_Copyright)


"I really couldn’t believe it. At first I thought it must be a fake card and I checked every inch of it to make sure it was real," he explained.(Wapbaze_Copyright)

“Then I double checked all the numbers and they looked good too, so I gave the card to my mum and dad to have a look.(Wapbaze_Copyright)

"They also checked it again and again and agreed that it looked like I’d won – but I still didn’t believe it."

Shawn has vowed to keep on working as he loves his job and has a "great relationship" with the supermarket owners. 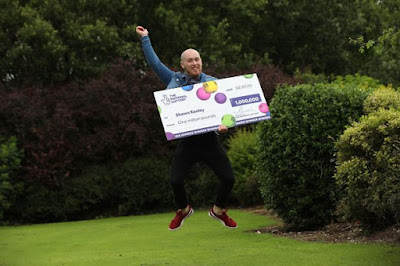 As he was trying to process his big win, he got a call from his store assistant and immediately thought: “I’ve been the victim of an elaborate prank.”

But it turned out to be a problem with a fridge in his shop which he went to fix before rushing off to a mates’ garden party last Saturday.(Wapbaze_Copyright)

“I replied, ‘nothing much, I just won a million quid on a scratchcard,’ and then the party really got under way!” 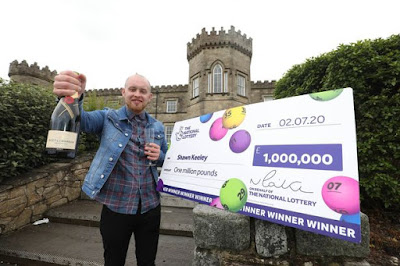 Shawn said he will share the money with his family, buy himself a Range Rover and go on a big holiday.(Wapbaze_Copyright)

He added: “I’ll give a little something to my mum, dad and three brothers.”