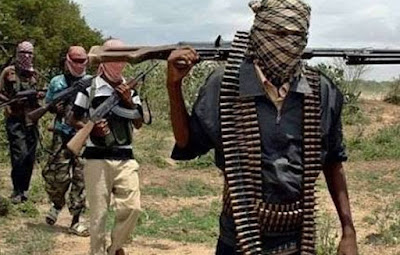 Sources said that the gunmen, who numbered about 10 attacked a sawmill located along Isinbode – Ode Road and dispossessed the workers of their personal belongings before abducting two persons at the scene.(Wapbaze_Copyright)

One of the sources said that the gunmen after leaving the sawmill also attacked a Hilux van along the road with gunshots and in the process also took away one of the occupants of the vehicle believed to be a government official.(Wapbaze_Copyright)

The source said, “The hoodlums stormed a sawmill in the area where they dispossessed traders and workers of their money and valuables while two persons, a man, and a woman were abducted.(Wapbaze_Copyright)

“While the criminals were fleeing the community, a Hilux van conveying a senior officer of a government agency was attacked.(Wapbaze_Copyright)

“The driver of the Hilux was hit by bullets forcing him to wait on the highway. In the process, they took away one person believed to be a top government functionary from the vehicle.”

The Ekiti State Police Public Relations Officer, Sunday Abutu, who confirmed the incident, said that one of the victims had escaped from the abductors, thus leaving two persons with the abductors including a senior civil servant.(Wapbaze_Copyright)

Abutu, who said that the police were on the trail of the criminals, said that the captives would be freed unhurt.(Wapbaze_Copyright)

The police spokesperson said that the shot driver of the attacked Hilux van was at present receiving medical treatment at an undisclosed hospital.