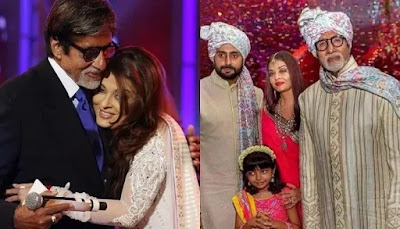 Former Miss World and Bollywood actress Aishwarya Rai Bachchan and her 8-year-old daughter tested positive for the Coronavirus on Sunday.
Her status became known a day after her father-in-law and top Indian actor Amitabh Bachchan and her husband and actor Abhishek said they were infected with the virus.
Maharashtra state health minister Rajesh Tope confirmed the tests.
It was not clear whether they had been admitted to hospital, as Amitabh and Abhishek were admitted on Saturday when they said they had mild symptoms.
Hospital officials and government health authorities said earlier on Sunday that Amitabh and his son were in stable condition.
Both were moved to the Nanavati Hospital in Mumbai despite showing only mild symptoms and the father-son duo appealed to their millions of fans to stay calm.
However, Amitabh’s wife Jaya, also an actor, tested negative, said the health minister.
Authorities launched a massive sanitising drill at Bachchan’s upscale residence in Mumbai, spraying disinfectant in the large compound and on cars parked there.
India on Sunday registered a record increase in the number of coronavirus cases, taking the total number of affected people in the country to nearly 850,000, the world’s third-highest. This has prompted authorities to re-impose partial lockdowns in some densely populated areas.