A most wanted gang leader, Biola Ebila, has been reportedly killed in Ibadan, the Oyo State capital.(Wapbaze_Copyright)

It was gathered that Ebila was killed in a crossfire at Olomi area on Sunday following a clash between two rival groups.(Wapbaze_Copyright)

The Police later waded into the area to quell the hostility.(Wapbaze_Copyright)

Ebila had been declared wanted in May by the Police for his alleged involvement in the murder of a rival gang leader, Ekugbemi.(Wapbaze_Copyright) 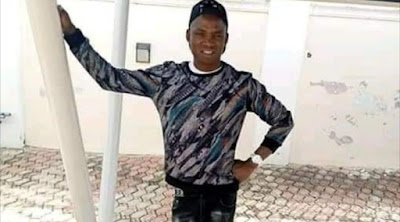 Residents of the area had since been under the fear of reprisal attacks by the Ekugbemi boys.(Wapbaze_Copyright)

In a telephone interview, the Police Public Relations Officer, Oyo State Command, Olugbenga Fadeyi, said he has not been properly briefed on the incident.(Wapbaze_Copyright)

He said, “Our men had been dispatched to the area to investigate the incident. When properly briefed, we shall be able to give a detailed account of what actually happened. For now, I cannot tell you much.”