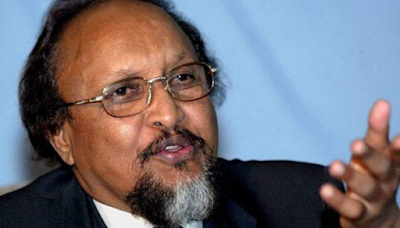 Former Somali Prime Minister Hassan Abshir Farah has died in Turkey at the age of 75. He held the post between 2001 and 2003 under interim President Abdiqasim Salat Hassan.(Wapbaze_Copyright)

He also served as the mayor of the capital, Mogadishu, in the 1970s.(Wapbaze_Copyright)

President Mohamed Abdullahi Farmajo announced his death, saying Mr Farah had played “a positive role in the governance and development of Somalia”.(Wapbaze_Copyright)

The government has formed a committee to organise a state funeral for him, but no date has been set.(Wapbaze_Copyright)

Meanwhile, the former president of the semi-autonomous Somali region of Puntland, Mohamed Abdi Hashi, has died in Kenya’s capital, Nairobi.(Wapbaze_Copyright)