Detective Sets Herself On Fire After Quarrel With Husband 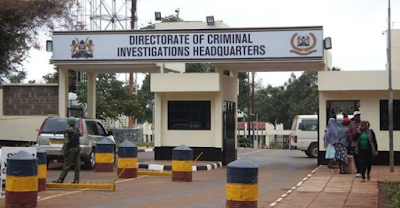 The wife of a policeman based at the Machinery Police Station in Makueni County,Kenya sustained severe burns after reportedly setting herself on fire.(Wapbaze_Copyright)

Police Constable Joshua Makanga, in his report at the same police station, said that his wife, Dorina Luchera, set herself on fire after pouring paraffin on her body.(Wapbaze_Copyright)

Makanga, said that his wife, a detective based at the Directorate of Criminal Investigations headquarters in Nairobi, burned herself in reaction to a domestic dispute.(Wapbaze_Copyright)

“Police officers rushed to the scene and found that the officer had sustained 52 percent burns all over her body,” said the report filed by the husband.(Wapbaze_Copyright)

The DCI officer was taken to the Kibwezi Sub-County Hospital where she is admitted in fair condition.(Wapbaze_Copyright)