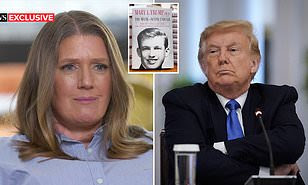 Mary Trump, the niece of President Donald Trump, has called on her uncle to resign from office as she breaks her silence after publishing a memoir describing him as a 'sociopath'.(Wapbaze_Copyright)

'Resign,' Mary Trump responded when ABC News chief anchor George Stephanopoulos asked her what message she would have for her uncle if she were in the Oval Office.(Wapbaze_Copyright)

She said that, after being 'perverted' by the family's deep-seated 'issues,' her uncle was destined to become a man 'utterly incapable of leading this country, and it's dangerous to allow him to do so.'

'I saw firsthand what focusing on the wrong things, elevating the wrong people can do – the collateral damage that can be created by allowing somebody to live their lives without accountability,' she said. 'And it is striking to see that continuing now on a much grander scale.'


In the interview, Mary Trump also recalled visiting with her uncle in the Oval Office several months after he was inaugurated.(Wapbaze_Copyright) 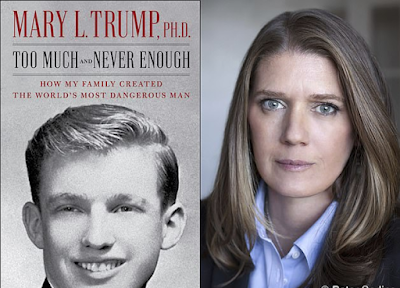 'He already seemed very strained by the pressures... and I just remember thinking, "He seems tired. He seems like this is not what he signed up for,"' she said.