Army Silent Over Killing Of 23 Nigerian Soldiers In Katsina Ambush 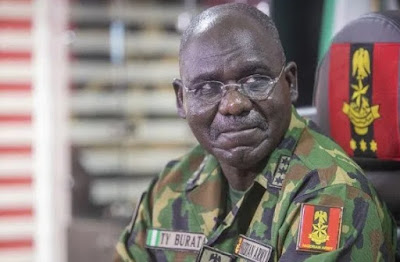 There is no official confirmation or reaction yet by Nigeria’s military authorities 48 hours after the massacre of some soldiers by bandits in an ambush in Katsina.(Wapbaze_Copyright)

No fewer than 23 soldiers were killed Saturday when they were ambushed by a gang of “bandits” in a remote village in Katsina state.(Wapbaze_Copyright)

According to security sources, the bandits opened fire on the soldiers who were on foot patrol in a forested part of the Jibia district in Katsina state.(Wapbaze_Copyright)

“The bodies of 23 soldiers have been accounted for while some are still missing,” the sources said.(Wapbaze_Copyright)


The massacre of Nigerian troops came same day that an improvised bomb exploded in a nearby village, killing at least seven persons and injuring another ten.(Wapbaze_Copyright)

The AFP reported that the bandits could be working in concert with members of the Islamic State of West Africa, underscoring the worsening state of security in the country.(Wapbaze_Copyright)