Adele's Manager 'paid Himself £10million' Despite No New Music 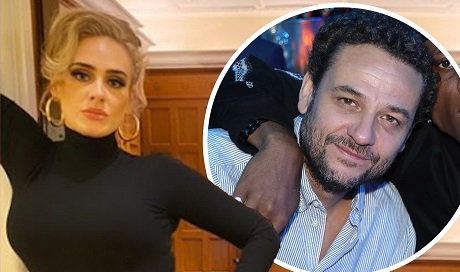 The manager of British singer Adele reportedly paid himself a whopping £10million last year despite no new music being released by the star.(Wapbaze_Copyright)

Jonathan Dickins is reported to have awarded himself the sum after Adele's management company September Management made £2million in profits across 10 months, along with £12million in cash reserves.(Wapbaze_Copyright)

According to The Sun, despite Adele being down £7million from her £9million profit in 2019, September Management is still raking in big money.(Wapbaze_Copyright)


The London-born star hasn't released any new music since her acclaimed 2015 album 25, which included hit singles Hello and When We Were Young.(Wapbaze_Copyright)

She previously released her critically acclaimed debut album 19 in 2008, followed by her recording-breaking follow-up, 21, in 2011.(Wapbaze_Copyright)

When questioned when new music would be released on Instagram during the coronavirus pandemic, Adele replied: "Of course it's not. Corona ain't over. I'm quarantining. Wear a mask and be patient."