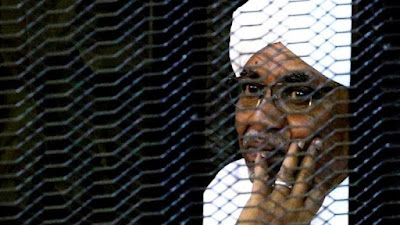 Sudan's former President Omar al-Bashir, who was overthrown last year by the military in the face of mass protests against his rule, has gone on trial in the capital over his role in a coup that brought him to power more than 30 years ago.(Wapbaze_Copyright)

Al-Bashir, who has been jailed in Khartoum since his removal, faces charges of undermining the constitution, violating the Armed Forces Act and fomenting a coup in 1989 against the democratically elected government of Prime Minister Sadiq al-Mahdi.(Wapbaze_Copyright)

Before any statements or evidence could be given on Tuesday, the trial was adjourned until August 11 to reconvene in a bigger court to allow more lawyers and family members of defendants to attend.(Wapbaze_Copyright)