Hushpuppi Not Released, Still In US Prison, Lawyer Speaks 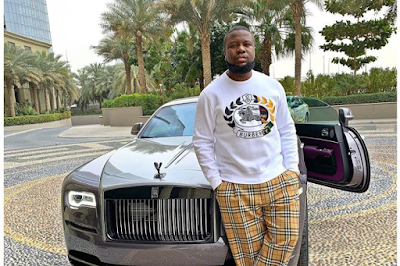 A Chicago-based lawyer, Gal Pissetzky, has denied rumours insinuating the release of Ramoni Abbas aka Husspuppi, an alleged multi-million dollar fraudster facing charges in the U.S.(Wapbaze_Copyright)

On Wednesday, screenshots of the Bureau of Prisons website, showing his release, went viral.(Wapbaze_Copyright)

According to the details on the website, Huspuppi was released on July 20.(Wapbaze_Copyright)

But his legal representative, Mr Pissetzky, said the bureau’s records showed ‘released’ because of his transfer to California.(Wapbaze_Copyright)

“These reports are not true. He has not been released. The Bureau of prisons website shows that he was released simply because he is being transferred now to California,” he said Wednesday evening.