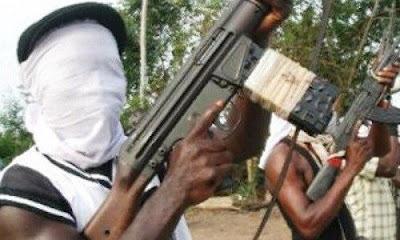 The convoy was said to be conveying 14 suspects charged with crimes ranging from murder to kidnapping and r3pe, The Nation learnt. An eyewitness said as the convoy arrived the court premises, the gunmen, who had laid ambush by the entrance, opened fire and freed the suspects unchallenged.(Wapbaze_Copyright)

The Plateau State Commandant of the Nigerian Correctional Service, Mr. S.A. Musa, told Commissioner of Police, Edward Egbuka the Court did not notify him of a change in hearing date.(Wapbaze_Copyright)

However, Police have arrested four suspects and recovered two motorcycles believed to belong to the gunmen.