Seyitan Babatayo, D'banj Allegedly 'agree To Keep The Media' In The Dark Over R.a.p.e Case 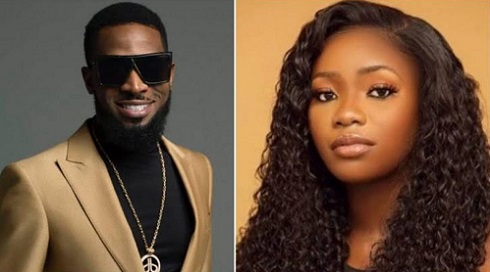 Seyitan Babatayo, the woman who accused D’banj, of r3ping her, has reached a ‘non-monetary’ agreement with the singer.(Wapbaze_Copyright)

Stand To End Rape (STER), a non-profit organization, which has been in charge of Ms Babatayo’s welfare since the r3pe allegations were made public on June 15, gave the update in a press statement.(Wapbaze_Copyright)

The statement was co-signed by STER and 14 other groups and individuals involved in the case.(Wapbaze_Copyright)

STER said as a social justice organisation and women advocates, out-of-court settlements go against its policy.(Wapbaze_Copyright)

The statement partly read, “Such settlements, in our experience, often involve an asymmetry of power between the accused and the victim.(Wapbaze_Copyright)

“More importantly, while private settlements are usual in civil disputes, they are, however, not applicable to criminal cases, particularly where a felony has been alleged to have been committed, only the State has the authority to discontinue a criminal investigation and prosecution.(Wapbaze_Copyright)

Section 97 of The Criminal Code of Lagos State is clear and states that:

“(i) Any person who conspires with another to obstruct, prevent, pervert, or defeat the course.(Wapbaze_Copyright)

According to STER, Ms Babatayo informed them on July 13, that a private non-monetary agreement was reached with D’banj’s team. We, therefore, present this statement as the full account of our stewardship on this matter.(Wapbaze_Copyright)

In their response, Ms Babatayo’s legal representative, Olamide Omileye of Ojoge, Omileye, and partners told Premium Times today that the only agreement reached was that “both parties are going to stand down on media trials and allow the law to take its course.”

They said both parties have agreed to desist from making any post or leaking any information to the public and allow the police to carry out their investigation.(Wapbaze_Copyright)

“The police are still doing their investigation. Last week, Seyitan was in Abuja, D’banj was also in Abuja. They met the ACP and the woman did her part of the investigation.(Wapbaze_Copyright)

“From our side, everything we have we’ve given to them and they’ve verified the information.(Wapbaze_Copyright)

Dbanj’s ex-manager, Franklin Amudo, didn’t come to the police station last Friday because of financial constraints. He couldn’t come to Abuja. I think that is the only thing delaying the investigations for now,” they said.