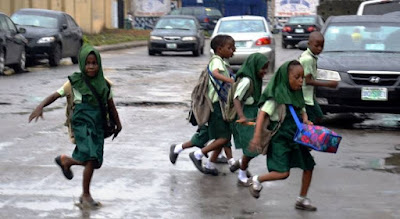 In accordance with the decision of state governors in the South-West geopolitical zone to reopen schools, primary and secondary schools in Lagos State are set to reopen on August 3, this year.(Wapbaze_Copyright)

This, it was gathered, followed a meeting held on Thursday in Ikeja with some stakeholders in the sector by officials of the Lagos State Ministry of Education.(Wapbaze_Copyright)

During the meeting, the Department of Quality Assurance in the ministry mandated all schools, whether public or private to fill an online assessment form, stating their preparedness to meet conditions stipulated for school reopening by the Federal Ministry of Education.(Wapbaze_Copyright)

Each school will later be issued clearance for it to reopen.(Wapbaze_Copyright)

Speaking on the development, the Lagos State President of the National Association of Proprietors of Private Schools, NAPPS, Chief Olawale Amusa, said his association had also set up a Quality Assurance Committee to go round schools and assess the readiness of members.(Wapbaze_Copyright)

He expressed optimism that most of his members would meet the requirements for reopening schools.(Wapbaze_Copyright)

Also, despite the discordant tunes that have greeted the conduct of this year’s WASSCE by the West African Examinations Council, WAEC, South-West states are working on the possibility of partaking in the exam come September.(Wapbaze_Copyright)

The decision by the states to partake in the exam is hinged on the need to allow final year secondary school students to be apart of this year’s admission into tertiary Institutions.(Wapbaze_Copyright)

Recall that only on Thursday, the Minister of State, Education, Mr. Chukwuemeka Nwajiuba, said if the Federal Government could not meet up with WAEC’s timeline of conducting WASSCE in September, Nigerian candidates could take the exam in November/ December this year.