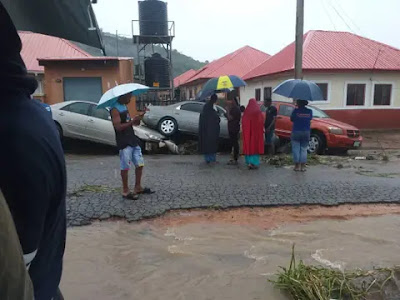 It was a tale of woes for some residents of the Federal Capital Territory FCT, Abuja on Saturday following hours of heavy downpour which led to flooding in several parts of the territory.(Wapbaze_Copyright)

At the end of the downpour which lasted for between six to eight hours, five residents had been swept away and several houses and cars destroyed while six people who were rescued from the rampaging flood are currently hospitalized. Of the five swept away, one of the bodies has been recovered while four are still missing as of press time.(Wapbaze_Copyright)

Areas mostly affected were the Police Estate in Dei-Dei, Gwagwalada, Dawaki, Zuba and Giri. In all the areas, houses and cars were submerged in the flood.(Wapbaze_Copyright)

In Zuba where the rain started around 2am, several houses were washed away while the flood also cut the bridge linking Ikwa, Yimi and other villages in Zuba.(Wapbaze_Copyright)

A resident of the area, Ibrahim Mohammed said three children were lost in the flood. 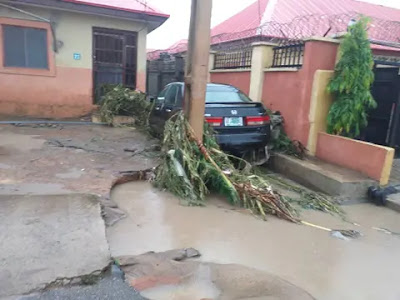 He said; “A man whose house was submerged made frantic efforts to save his children with the help of sympathetic neighbours. While also submerged by the water, he lifted up one of the children to his neighbours who helped him to carry the child to safety. But the attempt to ferry the second child to safety turned tragic as the child mistakenly fell into the water and was washed away.(Wapbaze_Copyright)

“So far, three children have been declared dead and properties worth millions of Naira destroyed”.(Wapbaze_Copyright)

He said; “There was a building collapse in Dawaki as a result of the flood. Gwagwalada is flooded from Giri. A family of five were flooded at Giri. We got one body and still searching for four. We rescued six people and are in the hospital. The flood has damaged a lot of houses and property, especially at Gwagwalada. The residents are still saying some are missing but they cannot give us the identities of such persons who they claim to be missing.(Wapbaze_Copyright) 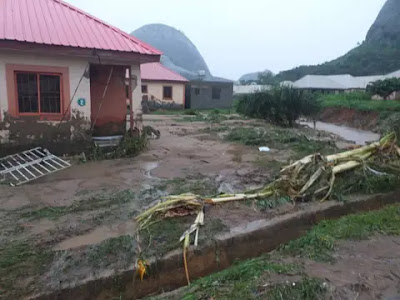 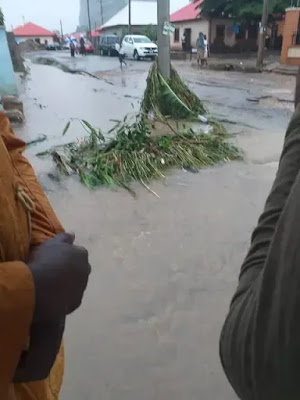