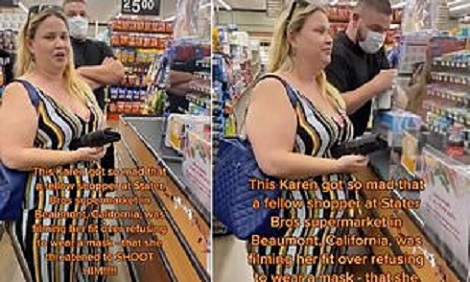 A woman has been filmed seemingly threatening to shoot a man after he asked her to wear a mask inside a grocery store.(Wapbaze_Copyright)

In the video obtained by Perez Hilton, the woman dubbed 'NRA Karen' is seen at the cash register of a Stater Bros in Beaumont, California and the person filming tells her: 'The state says you have to wear a mask.'

The woman responds by shooing him away.(Wapbaze_Copyright)

'Bye,' she says twice with a wave. She then turned to the employee behind a sneeze screen at the cash register and says: 'I have a mask but I'll have an anxiety attack in two minutes so…'

The unidentified woman then leans toward the employee where there is no screen, and says: 'I really will … I have a medical condition. I have a note.'

The person filming the clip continues his plea for her to wear the mask.(Wapbaze_Copyright) 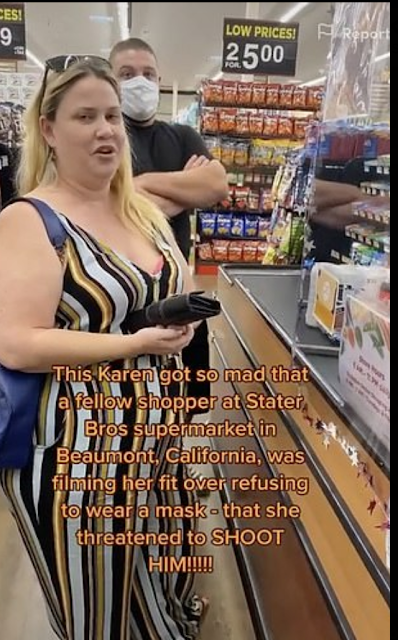 That's when she looks directly at him and says: 'You are not videotaping me because you will get shot outside in this parking lot.'

As she starts rummaging around in her bag, the shocked customer responds: 'Oh.'

After the complaining shopper tells her he's calling the police she says 'go ahead'.(Wapbaze_Copyright)

She then pulls out a mask and gives in: 'I'll put my mask on.' 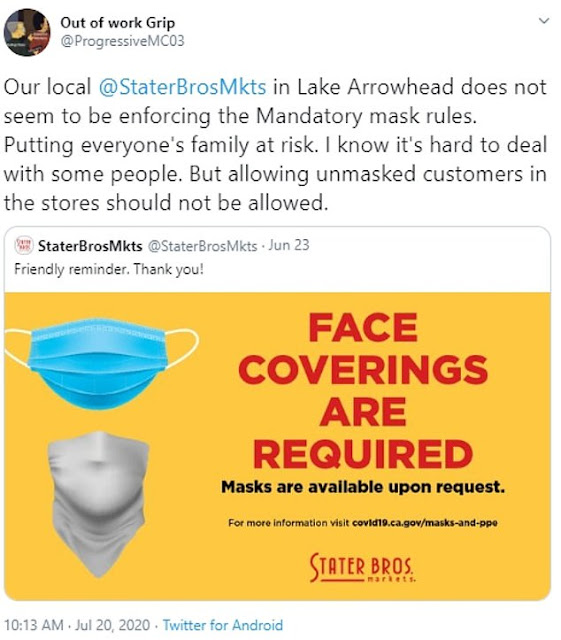 The video cuts off with her using an expletive.(Wapbaze_Copyright)

It's unclear when the video was filmed but California issued a mask mandate in the middle of June.(Wapbaze_Copyright)

It requires a face covering in public while waiting in a public line.(Wapbaze_Copyright)

Exceptions are for children under two years old, anyone with respiratory issues where it would impede their breathing, anyone unable to remove the mask without help and anyone with a medical condition, mental health condition, or disability that does not allow them to wear a mask.