I Have Forgiven My Ex-husband Because Of My Son, Tonto Dikeh Reveals In New Interview 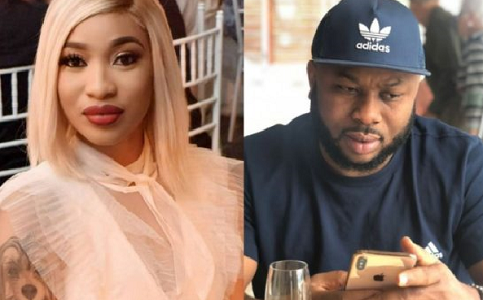 Tonto Dikeh in an interview with veteran journalist, Dele Momodu yesterday, July 26th revealed she has forgiven her ex-husband, Olakunle Churchill for the sake of their son.(Wapbaze_Copyright)

She also revealed she is aware that someone can be stagnant in life and career if he or she doesn't forgive, and she knows the part of the bible that talks about forgiveness.(Wapbaze_Copyright)

View this post on Instagram
. . On Sunday July 26, Tonto Dikeh, had an interview with journalist, Dele Momodu where she revealed that she has forgiven her ex-husband, Olakunle Churchill for the sake of their child, King Andre. Tonto while speaking on the importance of forgiveness, said she forgives so she would not be stagnated in life, career and other ares and that she has gotten to read the part of the bible where God said he wouldn't forgive us if we do not forgive others. She also stated that she forgives easily now but doesn't like being provoked by the things a person does after she has forgiven such a person. She also spoke about her career as an actress where she said she has rejected some roles so she doesn't get stereotyped. Citing Pete Edochie as an example of an actor who has been stereotyped over the years, Tonto said she has often rejected the attempt by the movie industry to get her to always feature as a particular character. Tonto also clarified her encounter with a security man who called her a prostitute in Dubai. Credit: Bashorun Dele MomoduA post shared by GoldMyne (@goldmynetv) on Jul 26, 2020 at 10:28pm PDT