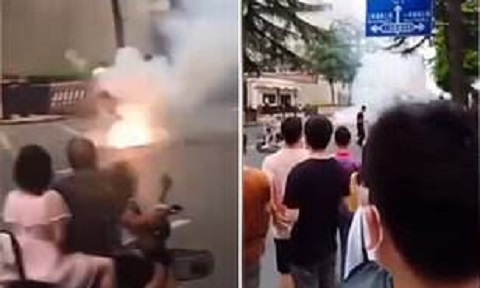 Chinese citizens have allegedly lit firecrackers outside the US consulate in Chengdu to celebrate the closure of the diplomatic mission.(Wapbaze_Copyright)

Footage shows a man setting off braids of fireworks as they flare up with smoke in the front-end of the building in the western city of Chengdu on Friday.(Wapbaze_Copyright)

Tens of millions of Chinese web users erupted in cheer and praised Chengdu residents as 'heroes' while watching the event unfold during a live-stream.(Wapbaze_Copyright)

China's move was a response to the Trump administration's order last week for Beijing to close its consulate in Houston within 72 hours after Washington accused Chinese agents of trying to steal medical and other research in Texas.

Social media footage shows dozens of Chinese citizens gathering outside the American consulate in Chengdu on Friday when someone set off the firecrackers.(Wapbaze_Copyright)

A reporter from state broadcaster CGTN, which had been live-streaming the movements outside the mission, claimed that the fireworks were set off by citizens for a wedding. 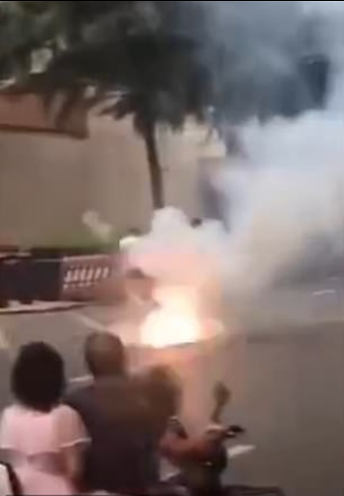 'There is no need for panic. Some residents are having a wedding,' the female journalist said.(Wapbaze_Copyright)

A man, who believed to have lit the firecrackers, was removed by police officers following the incident, according to an official statement.(Wapbaze_Copyright)

But tens of millions of Chinese web users have praised the citizens as heroes for celebrating the US consulate's closure with fireworks.(Wapbaze_Copyright)

One commenter said: 'Thumbs up for the guy who lit the firecrackers. What a hero.' 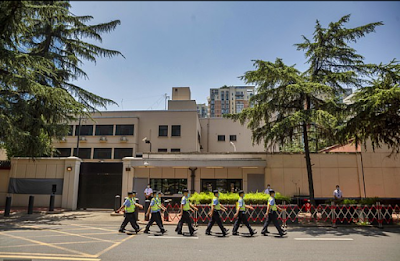 Another one replied: 'Chengdu citizens are too awesome. I would have also brought champagne to celebrate.'

Chinese authorities took over the United States consulate in Chengdu on Monday, the foreign ministry said, days after Beijing ordered it to close in retaliation for the shuttering of its mission in Houston.(Wapbaze_Copyright)

Earlier in the morning state broadcaster CCTV showed footage of the American flag being lowered, after diplomatic tensions soared between the two powers with both alleging the other had endangered national security.(Wapbaze_Copyright)

Beijing later confirmed the consulate had closed at 10am local time.(Wapbaze_Copyright)

Beijing says closing the consulate was a 'legitimate and necessary response to the unreasonable measures by the United States', and has alleged that staff at the diplomatic mission endangered China's security and interests. 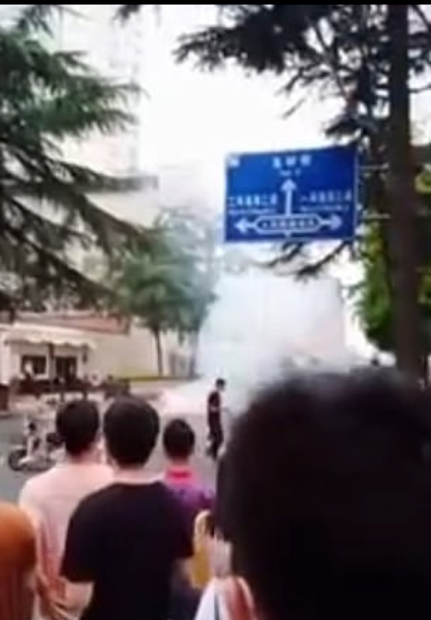