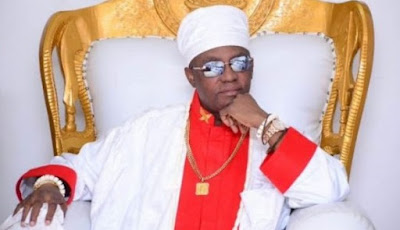 The Benin Monarch, Oba Ewuare ll, has condemned in strong terms, the clash between supporters of APC and PDP last Saturday, that occurred at the gate of the palace.
The clash occurred soon after the state Governor, Godwin Obaseki, some PDP governors and the leadership of the party, who came for the former flag-off of the governorship campaign, left the palace.
The Monarch, in a statement issued and signed by the Secretary to the Benin Traditional Council, Frank Irabor, said the palace was surprised to hear later that there was an incident outside the palace.
“The palace therefore wishes to reiterate and emphasise once more that the Benin Throne is not partisan and uses this medium to advise all political party members not to turn Edo State into a war zone because of governorship ambition,” the statement warned.
The statement went further to say that “the palace recalled the warm reception accorded the Oba by Governor Nyesom Wike of Rivers state and Governor Aminu Tambuwal of Sokoto state when the Oba paid a Thank-You visit to those states and the visit ended well.”