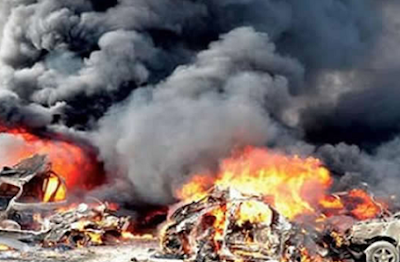 Aliyu, who said the explosions occurred in Mairi, Custom and Gwange areas of the metropolis, added the actual cause of the explosions was yet to be ascertained.

He however said Police teams had been dispatched to the areas.

He said: “We have dispatched our Explosive Ordinance Detection (EOD) to investigate the incidents and to determine whether it was an Improvised Explossive Device (IED).

“Right now, I am at the Specialist Hospital where we have 16 casualties and one dead so far.”

But an eyewitness account said five died in the blasts believed to be propelled rocket launchers orchestrated by Boko Haram.

A CJTF member Haruna Zanna, said the explosions may have been lunched from the outskirts of the town, from Muna garage.