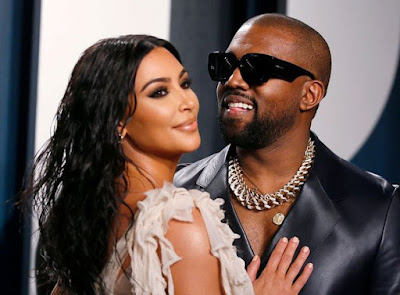 Kim Kardashian has returned to working with her clothing brand SKIMS after reportedly feeling Kanye West's antics have become a "huge burden" on her life.

The 39-year-old Keeping Up With The Kardashians star is looking to move on from her tearful reunion in Wyoming with her husband, after he claimed on Twitter that he had been "trying to divorce" her for the past two years.

The reality star returned to Los Angeles alone after reportedly telling Kanye not to come home "until he is ready," with Kim saying that he is currently in the midst of a bipolar episode.

Kanye, 43, has since apologised publicly for his takedown of Kim on social media and claiming that she wanted to terminate her first pregnancy, during a wild first campaign rally for his US presidential bid.

After being pictured in floods of tears while speaking to Kanye on Monday, Kim has now returned to her comfort zone of a photoshoot for SKIMS, as she looks to bring some normality to her life.

UsWeekly has reported that an insider said: “Kim flew to Wyoming to plea with Kanye to get help and try and figure out some sort of resolution for the two of them and their family.

“Kim has always tried to be there for, support and help Kanye in any way she can, but the way he has been acting and behaving in recent months has taken a toll on her and become a huge burden.”

While Kim and Kanye have looked to find a path forward, the source added that they have "talked about the possibility of ending their marriage.”

While the SKIMS founder was seen back at work, Kanye was also spotted at the music studio he had built on his ranch in Cody, Wyoming.

He had promised a new album, DONDA, would be released last week but the date for it coming out seems to have become fluid as he continues to work on the music.