At 78, Ebenezer Obey Says He Will Remarry Soon 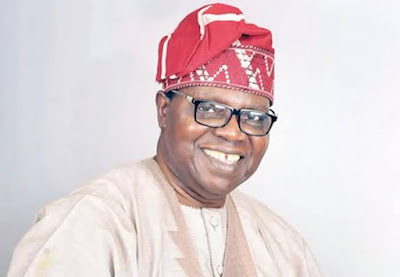 Obey, who lost his wife in 2011, said he would soon get married, but not to a younger woman.

In an interview with the Nation, he said the companionship of a wife is a good thing and not against God’s rule.

“I have children, grandchildren and even great grandchildren. So I have been blessed. It is not like I am looking for a wife that would conceive babies. As long as I still have life, you will hear when the time for marriage comes.”

“Someone like me should be thinking of a woman who is 60 or above. And when I do it soon, everyone will know,” he said.

According to him, he still missed his first wife and that he had seen her in his dreams so many times.