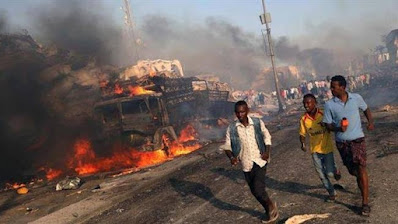 The IED, which exploded as the group’s cart was passing late Saturday, also injured four others, they said.

Northern Burkina Faso is notorious for jihadist attacks which have killed more than 1,000 people there and displaced about a million more since 2015.(Wapbaze_Copyright)

The victims were “nearly all children who were returning from grazing their livestock”, a local in Ouahigouya said. “The cart which carried some of them rolled over a mine.”

IED attacks have multiplied since 2018, killing nearly 200 military personnel and civilians, according to an AFP tally. Such attacks are often combined with an ambush.

Jihadist violence, which is often accompanied by inter-community strife, has killed more than 4,000 people in Mali, Niger and Burkina Faso, according to United Nations figures.