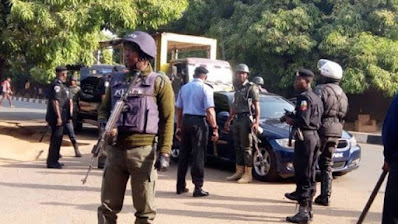 The Lagos State Police Command has arrested a commercial driver, Habeeb Quadri, for allegedly assaulting a passenger, Emmanuel James, in the Surulere area of the state, resulting in his death.
Quadri was arrested by the Bode Thomas Police Division on Thursday with eyewitnesses claiming that the driver hit James in the chest over an issue bordering on money during which the deceased slumped. The scuffle occurred at the Bode Thomas Junction.
Our correspondent was told that the incident caused confusion at the junction as other passengers and passersby tried to revive James to no avail.
They reportedly thereafter prevented Quadri from escaping from the scene.
A police source narrated that the deceased’s son reported the matter at the station, after James was rushed to the hospital but confirmed dead by a doctor.
The source said, “It is a murder case and we are investigating it. On July 20, about 9am, the passenger’s son, who identified himself as Emmanuel Kayode, came to the station.(Wapbaze_Copyright)


“He and his father lived on Olatunde Onimole Street, Aguda in the Surulere area. He reported that his father was assaulted by a commercial driver named Habeeb Quadri at the Bode Thomas Junction. The man was thereafter rushed to the hospital after he collapsed immediately.
“The son stated further that the hospital rejected him and based on the man’s critical condition, he was taken back home for treatment. Along the line, he gave up the ghost. We have taken the statement of the complainant. The scene of the incident was also visited. The suspect has been arrested.”

The Lagos State Police Public Relations Officer, SP Bala Elkana, confirmed Quadri’s arrest, adding that the matter had been transferred to the State Criminal Investigation Department, Yaba, for further investigation.
He said, “The case is presently with the SCIID. Investigation is ongoing and the suspect will soon be charged.”