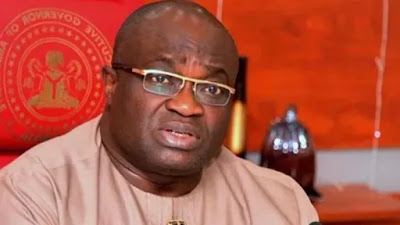 Also relieved of his appointment is the interim head of Umenneochi council areas, Mathew One.

Chief of Staff to the governor, Anthony Agbazuere, announced the developments in a statement.

The governor also suspended the General Manager of the Traffic and Indiscipline Management Agency of Abia State, (TIMAAS), Bright Ikokwu.

No reason was given for the sack and suspension of the officials.

“The deputy chairmen of the affected council areas are to take over the administration of the councils,” the statement said.