Woman Angers Family After Changing 'complicated' Name Without Telling Them 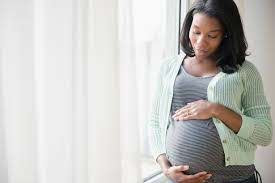 A woman who legally changed her name a year ago has been slammed by her family for not telling them sooner.
She said her name used to be "Emma-Leigh Izobel Lastname", but she often went by "Em" instead.
She explained: "Mom likes unique names, and yes my siblings have similarly weird names.
"And yes, the hyphen in my first name was a pain in the a**."
The woman eventually made the decision to change it by deed poll to something a little simpler for "professional purposes".
But a year after doing so she told her family - and they weren't impressed.
She said: "I'm now Emily Isabelle Lastname. I changed it for professional purposes since I felt my old name wasn’t suited for a more serious setting. Also I was tired of people spelling it wrong.
"I’ve spent the last however long changing all my other legal/personal stuff to the new, correct name. I finally told my mother since it might be important someday.
"I figured she'd not like me changing it but she was actually very emotional. My sister also thinks I shouldn’t have changed it without telling anyone first and that it was mean to do that to our mom.
"My mother is acting a bit over the top in my opinion and I don’t see how this is a huge deal, since the name is the same just spelled differently."
The woman took to Reddit to ask users whether she's being unreasonable by changing her name.
One person said: "You have to live with the name, not your mom. Plus, the changes are mostly spelling rather than sound, so it’s not like it’s changed anything drastic about what she calls you."
Another added: "I get that naming your kid is a big deal, but some parents really seem to forget that they can only dictate what the kid gets called for so long. Once the kid develops their own opinions and personality?

"That goes out the window completely. I think the name your mom gave you was lovely, but I can also see where it might be frustrating."
A third also commented: "Your mom seems to be very selfish with this bit. She doesn't seem to realise the burden of having a weirdly spelled common name/long name."
Whereas one person said: "Changing the name isn't the problem, it's doing it without having a heart to heart with her mother first that's the problem.
"From her mother's perspective, not only did her daughter throw away a name that she put a lot of thought into and loved, she didn't even have the kindness to let her know and explain why she felt she needed to do it. Of course she's hurt."