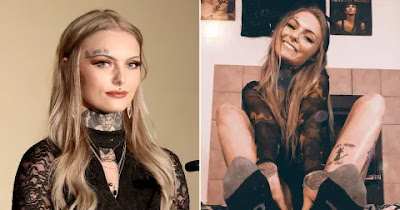 Daisy Coleman, who starred in the Netflix documentary Audrie and Daisy, has died.

The 23-year-old’s mother, Melinda, confirmed the sad news on Tuesday, stating her daughter died by suicide.

She told TMZ: ‘She was my best friend and amazing daughter. I think she had to make make it seem like I could live without her. I can’t. I wish I could have taken the pain from her!’

Daisy was r.a.p.e.d at the age of 14 in 2012 at a house party in Missouri. No one was ever held responsible for the incident.

Melinda added: ‘She never recovered from what those boys did to her and it’s just not fair. My baby girl is gone.’

The youngster appeared in Netflix’s 2016 documentary which followed Daisy and her family as they dealt with the horrific ordeal.

The film also documented the s.e.x.ual assault case of Audrie Pott in 2012. Audrie tragically died by suicide 10 days after her ordeal.(Wapbaze_Copyright)

Daisy tried to find good out of her past trauma and co-founded the organisation SafeBAE, which aims to end sexual assault among school students and provide help for the victims.

Following Daisy’s death, the organisation said they were heartbroken and had ‘suffered an irreplaceable loss’.

Just last year, Daisy’s family had suffered further tragedy after the death of her younger brother who was killed in a car accident.

Daisy tried hard to turn her life around after the r.a.p.e and attended Missouri Valley College.

Reflecting on the aftermath, Daisy told the Mail Online in 2017: ‘After my case went viral I took a break for a while, but during that time period I noticed a lot of other victims and survivors had come forward.

‘Seeing me doing it so publicly, I felt like that gave them a space to tell their own story and I was really inspired by that.’

Daisy explained how she ‘did not cope well’ after the incident and felt ‘very negative’ towards herself.

But she added: ‘I feel no resentment towards my attacker only because I have come to realise that he was only passing on some form of negativity to me which at some point was passed onto him so once I came to that realisation… that made me forgive him in a sense even though he never presented an apology.’