Producer Who Has Won Grammy And Worked For Beyonce Is Arrested On 15 S.e.x Assault Charges 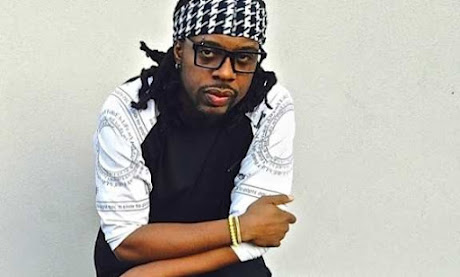 The Grammy award winning producer of Beyonce's 'Drunk in Love'  was arrested Wednesday on more than a dozen s3xual assaults.Detail, real name Noel Christopher Fisher, was held  on nearly $6.3 million bail, according to a statement from the Los Angeles County Sheriff's Department.The 41-year-old producer was charged on July 31 with 15 counts of s3xual assault and five counts of felony assault, the statement said. He is accused of crimes between 2010 and 2018.Detectives submitted the case to the Los Angeles County district attorney's office in January, the statement said. It didn't provide other details.'Mr. Fisher was just arrested some hours ago and I have not had an opportunity to speak to him or look at the charges. I am quite certain he will enter a not guilty plea and contest to the fullest all of these allegations,' his attorney, Irwin Mark Bledstein, said in an email late Wednesday night.Detail won a Grammy in 2015 for co-writing the Beyonce and Jay-Z hit 'Drunk in Love' and has also produced hits for Lil Wayne, Nicki Minaj and Wiz Khalifa.Last year, a model and aspiring singer was awarded $15 million in a Los Angeles lawsuit that accused the producer of abusing and r3ping her. A Los Angeles Superior Court ruled in favor of Kristina Buch who alleged Fisher r3ped her repeatedly and verbally abused her while acting as her mentor.In the months following the lawsuit, neither Fisher nor his attorney's responded to summons or filled any documents to argue against the claims.Thus, allowing Buch to win the lawsuit by default. According to the lawsuit obtained by Billboard, Buch met Fisher at a recording studio in December of 2016 after she moved from Indiana to Los Angeles to work as a model.Buch says Fisher agreed to help launch her music career, but instances of violent s3xual abuse began to happen soon after.The lawsuit says Fisher committed various criminal acts, including s3xual harassment, s3xual battery, assault, gender violence and intentional infliction of emotional distress . Fisher allegedly became, 'controlling and verbally abusive toward Buch, telling her that she needed to have sex with him and others to get ahead in the music industry' and called her a 'dumb white b****'. The lawsuit also alleged Fisher 'viciously and violently' raped Buch on seven occasions, with two taking place in front of other people.During one incident, Buch alleges Fisher told another victim, Peyton Ackley, to record the s3xual assault. Buch is one of six women who have publicly accused Fisher of similar allegations.After Buch and Ackley's allegations became public in 2018, singers Bebe Rexha and Jessie Reyez claimed that Fisher had tried to inappropriately approach them.