As Father Of Girls, There Are Things I Can’t Sing About -Reminisce 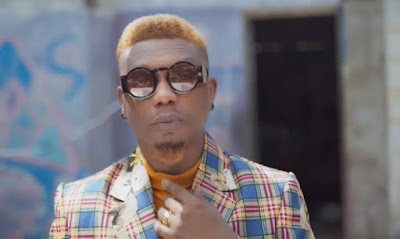 Rapper, Remilekun Safaru, aka Reminisce, has urged artistes to evolve in order not to be left behind. Reminisce, who recently released a new Extended Play album, ‘Vibes and Insha Allah’, noted that there were some things he could no longer sing about because he has daughters. The self-proclaimed ‘Alaga Ibile’ made this known during a recent Instagram Live chat with media personality, Douglas Jekan.“I don’t want to think of what I did in the past, I am bothered about what I am doing right now. Even though I appreciate what I have put in the past. (The) music (industry) is large. Collaborations are very important. Rap is now a basic skill; everybody can rap.“I always tell myself that the worst that can happen is failure. (And if that happens), I can try again. Introduce yourself to a new audience everyday. I didn’t know the movie audience was large until I starred in ‘King of Boy’s. I am enjoying the fame. I didn’t know the market was this huge. I just stuck to rap music. “One needs to evolve; if not one would be left behind. There are things in my old songs that I cannot say anymore. Because I have three daughters, it’s not cool to say those things any more. One needs to grow and evolve. When one doesn’t grow with one’s fans, they would leave one behind.”Reminisce also advised budding artistes to stay humble. “I have met a lot of up-and- coming artistes, who have talents and looks but their attitudes are not right. We mentioned earlier that talent is just 10 per cent of what one needs these days. One needs other components to become a super star. Having the right attitude is one of them. Fireboy (who I recently worked with) has the right attitude,” he stated.