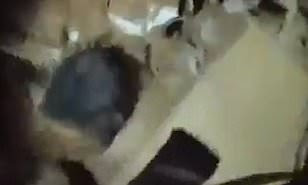 This is the dramatic moment a small girl was found alive in Beirut after spending 24 hours under the rubble.As a frantic hunt for missing people continued in the Lebanese capital, footage emerged of rescue workers finding the child lodged between debris.By torchlight, the crew are seen trying to shift the rubble from around the girl, whose head pokes out from what appears to be the debris from a collapsed building. Local media report she spent 24 hours buried following the massive blast. Dozens are still unaccounted for in Beirut, which officials have called a 'disaster city' following the huge blast at the city's port after 2,700 tonnes of ammonium nitrate went up in flames.At least 135 people have died, although this figure is expected to rise, and 5,000 have been wounded, the health minister said tonight.More photos below shows the moment others are also being rescued the debris. 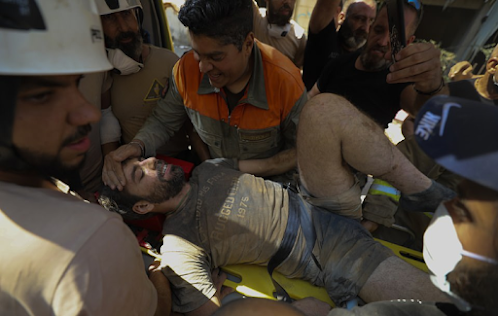 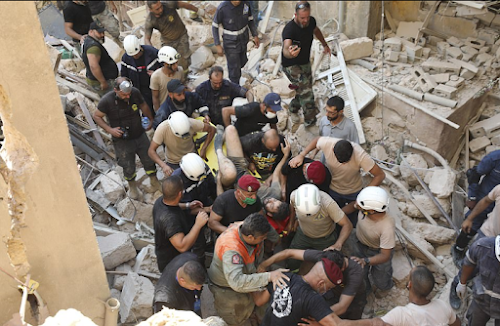 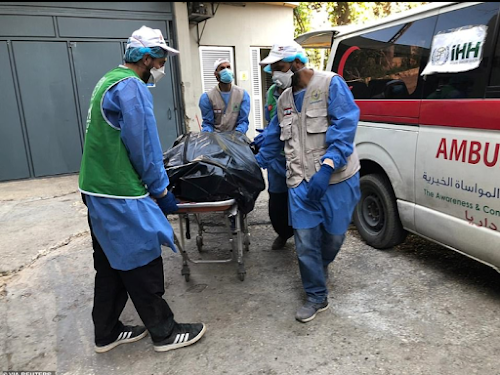