BBNaija: I Was More Focused On Eric Than Myself — Lilo 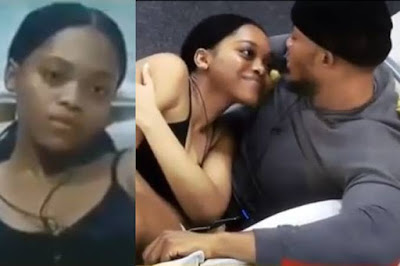 Lilo Aderogba, evicted big brother Naija season 5 housemate who left last week Sunday joined mediaroomhub host, Azuka Ogujiuba on Instagram live.She was asked if she was given an opportunity to go back to the house, what would she do differently, and she mentioned she would never let her emotions get into what she wants to achieve.Also speaking on her relationship with Eric in the house, she says she wasn’t in love with him and she just experienced some sort of closeness with him and was putting so many efforts in him than herself.On the night of her eviction, a video surfaced online of how Eric moved on to so quickly eating bottom pot noodles, she responds to that saying “ I don’t really blame him because I think he did the right thing by playing his game right, I am not upset about it. Eric and I are going to be friends for sure, I am in a relationship”.She also spoke about her eviction Saying she knew she had everything it took to be in the house and when she got evicted she realized that she was obviously doing something wrong in the house.Speaking about her plans outside the house she says she’s trying to push her clothing line out and also start a vlog, she also said she’s going to doing business with Eric outside the house.