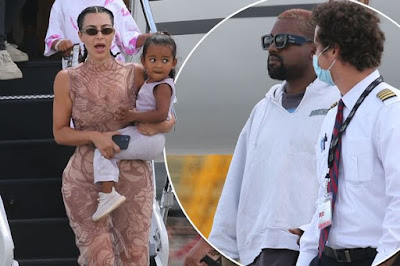 Kim Kardashian and Kanye West have been seen in Miami after arriving back from a family holiday in the Dominican Republic. The troubled couple are said to be 'a lot happier' after taking time away and there are hopes that this may have gone some way towards saving their marriage.The 39-year-old Keeping Up With The Kardashians star had found it "hard to think clearly" after a turbulent few weeks, in which Kanye hit out at her during a couple chaotic Twitter rants.The reality star was also clearly upset during a tense meeting with her 43-year-old rapper husband in Wyoming, where Kanye was staying at their rance.The atmosphere seemed a whole lot different now that they have had some private time together with Kanye even posting a video of him dancing with his daughter and clearly enjoying life more than he seemingly has been in recent weeks.Kim and Kanye exited the plane with their four little ones (North, seven, Saint, four, Chicago, two, Psalm, one) on Sunday.The KKW Founder held Chicago in her arms, as she looked stylish in a pink dress.Kanye was keeping it casual with a grey sweatshirt and brown trousers as they arrived in Florida.A source told PEOPLE: "They had a good family week in the Dominican Republic. They are continuing the family vacation in Colorado."Kim and Kanye are getting along. They both seem much happier."An insider has previously said that this holiday time was being used to "focus on their marriage."They continued to add: "They decided to travel together so they can be away in private. Between the kids, work, and dealing with Kanye's bipolar episodes, it's been hard for her to think clearly."It has been quite a turnaround from recent times in which Kanye has accused Kim of wanting to terminate her first pregnancy and for cheating with fellow rapper Meek Mill, when she met him to speak about criminal justice reform. 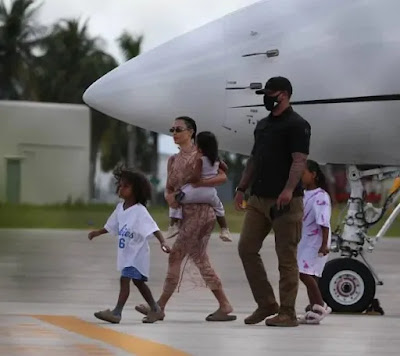 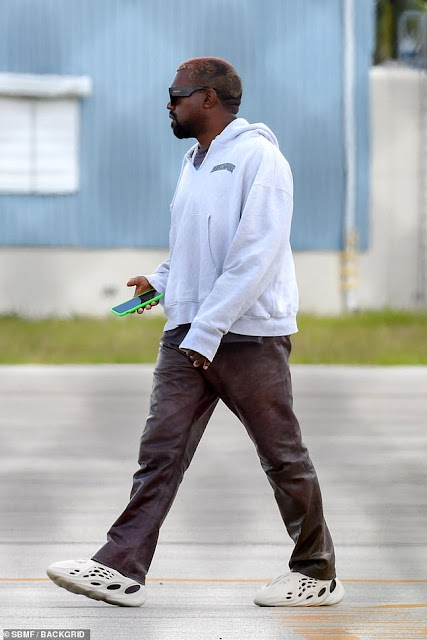