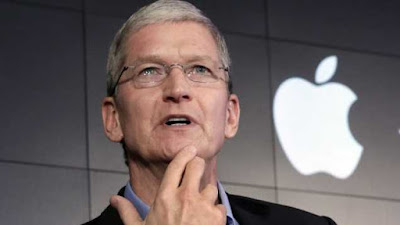 Apple CEO Tim Cook has become a billionaire for the first time as the Cupertino-based iPhone maker broke all previous records and is now the world's most valued company at over $1.84 trillion.The net worth of Cook has crossed the $1-billion mark, officially making him a billionaire.Cook, however, still has a long way to go to catch up with other CEOs on the Bloomberg Billionaires' list, like Amazon Founder and CEO Jeff Bezos ($187 billion), former Microsoft CEO Bill Gates ($121 billion) and Facebook CEO Mark Zuckerberg ($102 billion)."Cook owns 847,969 shares directly and took home more than $125 million last year as part of his pay package," reports the BBC.Apple is now closing in on the milestone of being the first company to be valued at $2 trillion.Last week, Apple surpassed Saudi Arabia's state-owned oil company Saudi Aramco to become the world's most valuable company.