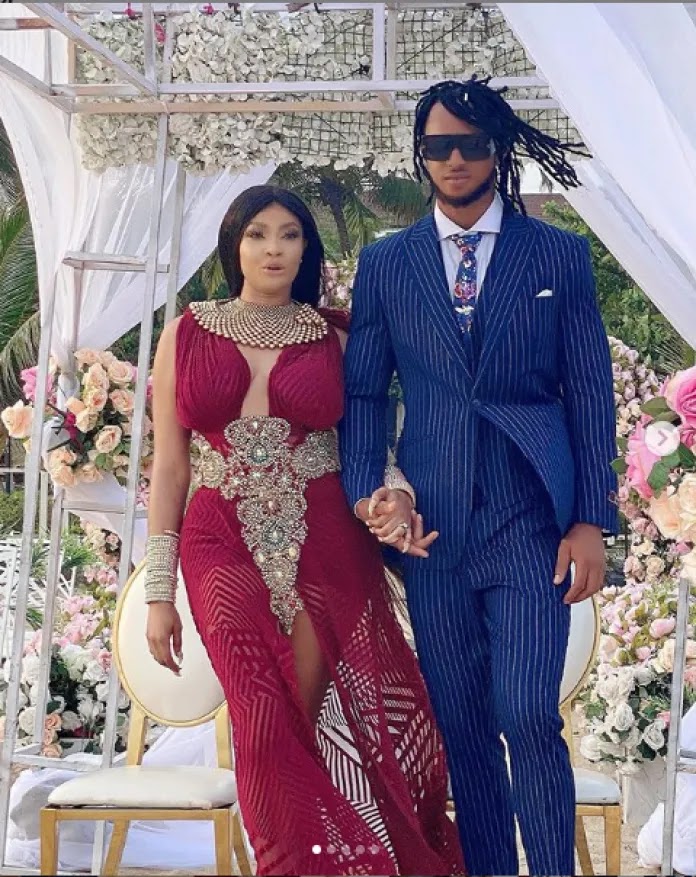 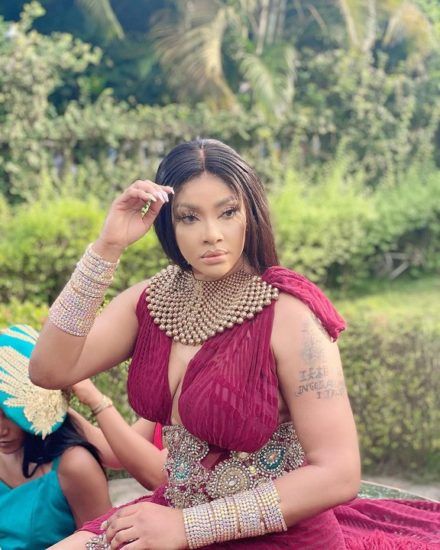 Nollywood actress, Angela Okorie has slammed eggs on mediamen for getting her so-called wedding story awfully wrong.Contrary to the stories that went viral, that she tied the nuptial knots with Desmond Chukwudi, she said the images she posted were for something else, a wedding musical video.She has now chosen to mock the media for being sloppy in their reports, in a long post on Instagram.The post was triggered by a report by Kemi Olunloyo, with whom Angela has had issues to grind in the past. Angela roasted her and other reporters for not getting their facts right.She wrote;

You see why I said some of you need Your brain examinedI wanted a wedding musical video shoot , and I achieved itYou guys took up the storyAnd that shows how incompetentYou are with ur job ,when I was shot at the expense of my life y’all turnedThe story I snatched someone’s HusbandStella even said weavon covered the pellets from entering my head,Even as they saw the pellets being removed she even was calling one of dem friend enemy at that Time to tell me to stop writing on my page , cos they want me dead by all coast , Una be God?NdiaraInstead of praying for me not to die,Rather dem haters started showing their incompetent skills, even b4 b4 friend enemies said is karma chaiii Angela you don suffer for this world sha ,

Don’t forget am still an actorAn artistic director, Model ,Writer, and a musician , pls what do you expect from someone who have spent all this years practicing and doing all that and still getting it , those who have worked with me knows how passionate I am when it comes to my Jobs ,what I do is to bring a story To reality , it’s a make believe, Don’t get it twisted oooword people as usual carried the fake gist as they were instructed, without finding out the real source well thank you for the wishes ooojust look atvery senseless and unprofessional🙄 , talking about What they don’t know with so much confidenceOh well I got all your ur messagesand Guys it’s a musical video shoot

“Baby chuchu “ That was a strategy for the song, Not my wedding madam &oga do ur findings well , same way some1 paid you madam to write story about I and the Gambian president, you did

Meanwhile there was nothing like that, then I went on background check on you to find out all I needed to know.With all due respectNext time do a proper investigationB4 putting up a story out there🥂I am not married ,it’s a movieTo be continuedAm going to be showing the makings from time to timeThanks guys I appreciate all the compliments anyway 🤣💔🤦‍♀️🤦‍♀️Next is my album loading#bursteverywherealbumCheers 🥂to my real fansAugust 17th loading .