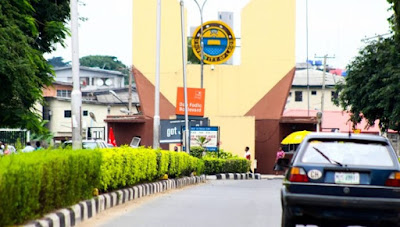 The Senate of the University of Lagos on Thursday gave its backing to Vice Chancellor Prof. Oluwatoyin Ogundipe, whose sack was announced by the Governing Council on Tuesday.Unions in the university  —  the Academic Staff Union of Universities (ASUU), the Senior Staff Association of Nigerian Universities (SSANU), the National Association of Academic Technologists (NAAT) and the Non-Academic Staff Union (NASU) — also affirmed confidence in Prof. Ogundipe’s leadership.The Senate and the unions called for the sack of the Governing Council, led by Dr. Wale Babalakin (SAN).Babalakin and the Vice Chancellor have been at loggerheads for some time, leading to a meeting of the council in Abuja on Tuesday and the announcement of the VC’s sack.Civil Society Organisations (CSOs) under the umbrella of Civil Societies Publicity and Good Governance, at a news conference in Abuja yesterday, addressed by its publicity secretary, Idowu Odebunmi, said: “It is doubtful the Vice Chancellor was not removed out of vendetta.”Prof. Ogundipe addressed a rally staged by workers from the university council chambers to the gate and back, restating that his dismissal did not follow the dictates of the University Act.The VC briefed his lawyer, Mike Ozekhome (SAN), addressing him “to redress this grave injustice meted out to me.”UNILAG Senate called on the Visitor to the University, President Muhammad Buhari, the Education Minister and the National Universities Commission (NUC) to reverse Ogundipe’s sack and urged not accept Prof Theophilus Soyombo, appointed by the Council yesterday morning as acting vice chancellor, not to accept the offer.No fewer than 88 Senate members attended the emergency Senate meeting held at the Ade Ajayi Main Auditorium.Former Dean, Faculty of Law, Prof. Chioma Agomo, who presided over the meeting, said more than one third of Senate members attended.She said: “Unanimously, without a single dissention we agreed that due process has not been followed; that the purported removal of our vice chancellor has no legal effect because there are laid down procedures. Therefore, the Senate passes vote of confidence in our vice chancellor and we do not recognise anything otherwise.“Secondly, Senate has also unanimously agreed that it had lost confidence completely in the present Council of the University of Lagos. We had more than a third of members that attended the meeting at short notice and we agreed that we have lost confidence in the Pro-Chancellor, we have lost confidence in the Council.”The Senate is to present its resolutions to the Federal Ministry of Education in Abuja.ASUU Chairman, Dr. Dele Ashiru, said the unions would not accept an acting VC.