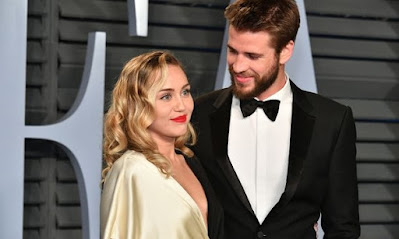 Miley Cyrus has revealed she lied to her ex-husband Liam Hemsworth about being a virgin for a whole decade after the pair had s.e.x for the first time.The newly-single singer, 27, opened up about her personal life in a tell-all interview on the Call Her Daddy podcast with Alexandra Cooper.Miley confessed that her first s.e.xual experience with a man was at the age of 16, revealing that it was actually with Hunger Games star Liam - whom she eventually married in 2018 before divorcing earlier this year.Miley went on to say that her first ever s.e.xual experience was a threesome with two girls.She revealed: "I didn't go all the way with a dude until I was 16. But I ended up marrying the guy, so that's pretty crazy."The Malibu hitmaker fessed up to lying about it being a virgin to Liam, despite it being her first time with a man.She explained: "I lied and said he wasn't the first so I didn't seem like a loser."She said that later on once the pair tied the knot, Miley came clean about the white lie, revealing: "It was a lie that I held on to for like 10 years."The first time I ever hooked up with anyone was with a girl, two of them."Speaking about her s.e.xual experiences with girls prior to Liam, Miley said: "When I was 11 or 12 my friends were starting to tell me what they were doing with guys and I didn't really understand it."So I got most of my girl friends to hook up with me."I was attracted to girls way before I was ever attracted to guys. When I was like 11-years-old I thought Minnie Mouse was super f******g hot."Opening up about her relationship with ex-husband Liam - that kicked off on the set of their 2008 film The Last Song - Miley said she's changed as a person since then.She explained: "The relationship I had for 10 years was an amazing time in my life."I love who I am so much right now if any of those things hadn't happened I'm not sure that I would be the same person."I feel like as a woman I was villainized for moving on and I really feel like that isn't acceptable."Miley this week called it quits with singer Cody Simpson after just less than a year of dating.