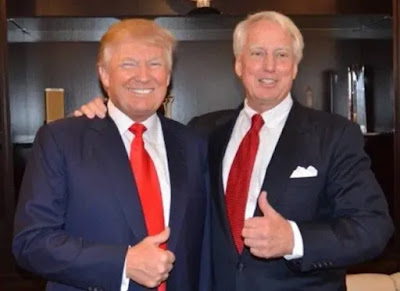 Robert Trump, President Donald Trump’s younger brother has been hospitalised in New York.The gravely ill 72-year-old was admitted to the hospital,ABC News reported on Friday.It was not clear whether the illness is COVID-19 related.But according to ABC, White House has confirmed the illness of Trump’s younger brother.White House press secretary Kayleigh McEnany confirmed the hospitalisation, and that the president would be providing more details later.Trump is also expected to visit his brother today.In June, the younger Trump was hospitalised in the intensive care unit at Mount Sinai hospital in New York for more than a week.He was most recently in the news after he led a lawsuit on behalf of the Trump family seeking to stop publication of a tell-all book by the president’s niece, Mary.The book is titled “Too Much and Never Enough”.