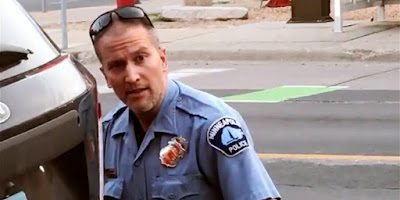 Derek Chauvin, the main police officer charged in the killing of African-American, George Floyd, has been released from jail, according to Fox News.

Chauvin, a former Metropolitan officer, was released on Wednesday after posting a $1 million bond.

Recall that the officer seen in the viral video kneeling on the neck of Floyd before his death.

The death of the black man sparked a mass protest across the world.

Recall that one of the 3 police officers charged for in Floyd’s death, Thomas Lane, had earlier been freed.

Lane was one of officers arrested and charged for aiding abetting second degree of murder and manslaughter.

He posted bail of $750,000 and was released from the Hennepin County Jail, with conditions.