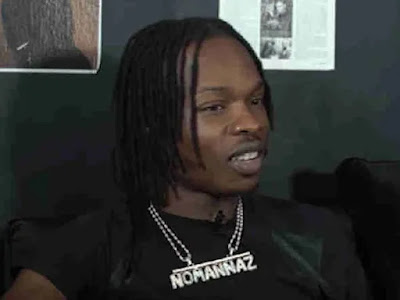 Nigerian Singer, Naira Marley has reacted to the #EndSARS protest led by Falz, Runtown and other celebrities on Thursday morning.

Falz and Runtown alongside other Nigerian Celebrities, took to the streets of Lagos protesting against the alleged illegal operations of SARS.

They demanded the scrapping of SARS rather than banning or reforming it.

But Naira Marley who backed out of his planned protest on Tuesday took to his Twitter page on Thursday to commend those who protested.


He reiterated that him and his fans known as ‘Marlians’ would march on the streets of Lagos after this week if the Police fails to make changes as promised.

Naira Marley on his Twitter page wrote: “Respect to all the youths out there fighting for their rights and what is right. God bless you all.

“They know my crowd ‘ya werey gan'(Crazy) I told you all already 99% Marlians are not on Twitter.

“After a week, if there are no changes on this FSARS issue as promised by Nigeria Police Force, then we will get back out there stronger.

“Stay safe and protest peacefully if you are protesting. End SARS brutality.”

Recall that Nigeria Police and the Minister of youth, Sunday Dare had appealed to Naira Marley to shelve his planned SARS protest.