We Will Launch Radio Biafra In Daura, IPOB Dares Buhari 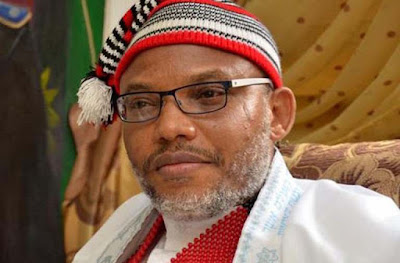 The Indigenous People of Biafra, IPOB, Thursday dared the Federal Government led by President Muhammadu Buhari, to stop them from launching Radio Biafra in Daura, home town of the President.

Their challenge came barely twenty-four hours the Federal Government approved N654 million for the deployment of hybrid spectrum monitoring system that would target illegal frequencies in the southern part of the country especially, the South East.

The Minister of Communications and Digital Economy, Dr Isa Pantami, yesterday briefed members of the Federal Executive Council, FEC, how his ministry uncovered 320 frequencies being used all over the country and of this 320, 106 were illegal.


Pantami said the monitoring did not cover South East. It covered five zones in the country: North East, North West, North Central, South West and South-South but South East has not been covered.

His words: “It is because of this that we presented our memo, seeking for the council’s approval of N653,886,584 to procure and deploy  hybrid spectrum monitoring system that will cover the southern part of the country, most importantly the south east.

“So, the council approved for the deployment and this project will go a long way in promoting safety and security and secondly, identify the usage of illegal spectrum and thirdly, enhance revenue for the federal government and fourthly, in the long run, it will create many jobs for the citizens.”

Irked by this development, IPOB in a statement by its Publicity Secretary, Emma Powerful, said: “for daring us, we will launch ‘radio Biafra in Daura’.