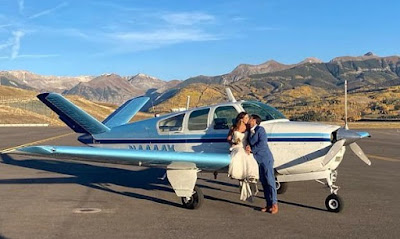 A United Airlines pilot and his wife died on Monday only four days after their wedding when their private plane crashed in Colorado.

The bodies of Costas John Sivyllis, 30, and Lindsey Vogelaar, 33, were recovered from the crash site in Ingram Basin in the San Juan Mountains that evening.

The couple, from Port Orange, Florida, had eloped to Colorado for a small, mountain-top wedding on October 1, and were traveling back home when their plane crashed about 15 minutes after take-off.

They had been documenting their elopement and honeymoon online for friends and family, showing off their 'just married plane' and taking their first flight together as a married couple in the days leading up to the crash. 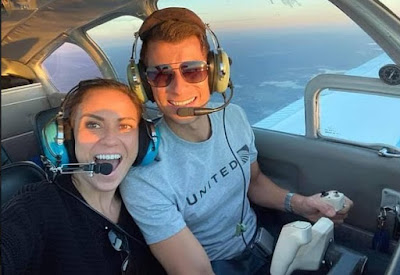 San Miguel County Sheriff's Office learned of the crash after the plane departed from Telleride Airport at around 12.45pm. The couple had planned to stop to refuel in Oklahoma.

They were the only people on the single-engine Beechcraft Bonanza plane.

Deputies and rescue crews began high-altitude, low-level helicopter operations on Monday evening but it soon became a recovery mission after they determined that the newlyweds had been killed in the crash. 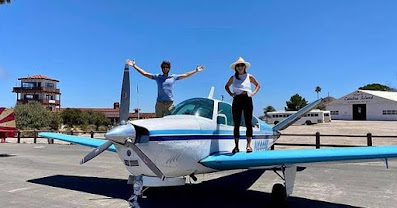 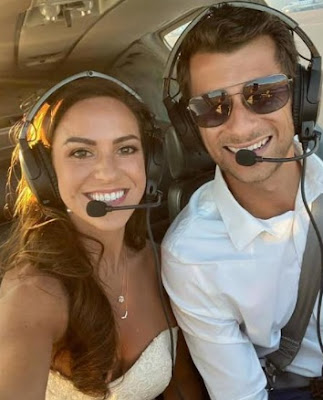 Their bodies were finally recovered at around 6.25pm Monday.

Family and friends mourned the couple's death on social media Tuesday as they shared pictures from their wedding just days before.

'As many of you know, my beautiful sister, best friend, and the most gorgeous bride passed away yesterday with her handsome, most cheerful, husband in a plane crash,' Vogelaar's sister Courtney wrote on Facebook.

'They were married for four days, and they loved each other with all of their heart and soul. They loved life and lived it to the fullest. 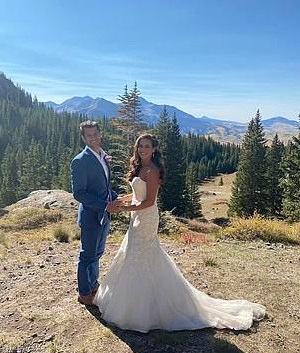 'Our hearts are aching more than I can ever explain,' she added. 'Thank you to everyone that has been reaching out, it is a lot to process.'

Sivyllis was a flight instructor as well as a pilot and Vogelaar also worked as a flight attendant. The last pictures on both their Facebook pages show plane views from their work. 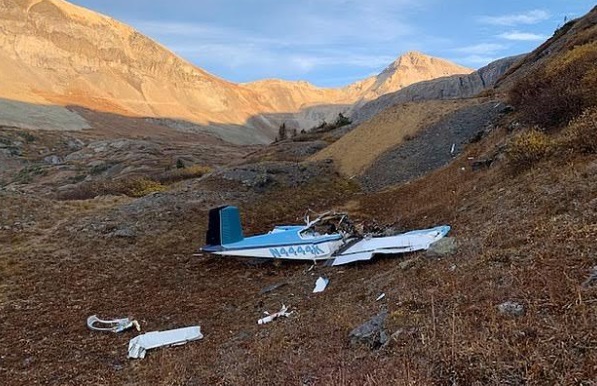