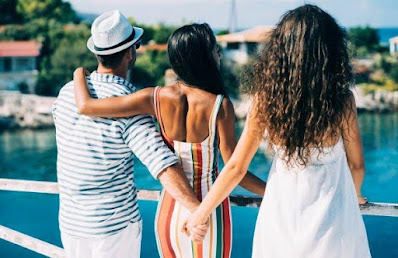 In a revelation that should alarm anyone blessed with a baritone, Chinese researchers found that men with deeper voices are more likely to cheat on their partner. The sound-breaking study was published in the journal "Personality and Individual Differences" and approved by the Ethics Committee of Southwest University.

The scientists reached this conclusion by surveying an anonymous group of heterosexual, Mandarin-speaking university students — comprised of 116 men and 145 women — who were involved in brief flings.

After recording their voices to gauge their pitch, the team asked participants how likely they were to remain faithful to their partners on a scale of 1 to 7.

While they found no strong correlation between female voices and philandering, men with deeper timbres were more likely to fool around with different women, per the study. They deduced that these low-octave voices “enhance their status among other men or their attractiveness to women, thereby increasing their chances of obtaining more or higher-quality partners.”

A previous study in 2013 also found a link between pitch and promiscuity, reporting that the more women thought these men would cheat, the more they were attracted to them for a brief relationship when they are less worried about fidelity.

On a biological level, lower voices indicate higher testosterone levels, which has been shown to “interfere with romantic relationship functioning” by promoting promiscuous behavior, according to the researchers behind the new study.

By contrast, men with lower testosterone, and therefore, higher voices, tend to have higher long-term marital satisfaction and lower divorce rates, per the study.