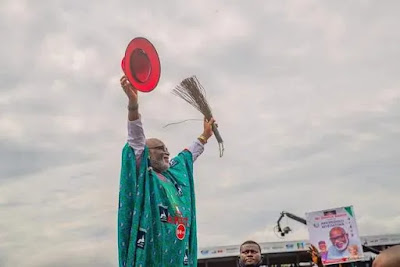 Governor Rotimi Akeredolu is coasting home to victory in the governorship poll held in Ondo on Saturday as he has won nine of the 12 local governments declared by the Independent National Electoral Commission, INEC so far.

The Governor posted his biggest win in his own Owo LG where he polled 35,957 to defeat Eyitayo Jegede of PDP who scored 5,311 while Agboola Ajayi of ZLP got 408.

Akeredolu also got massive votes in Akoko South West, polling 21,232 votes as against 15,055 votes scored by Jegede and 2,775 votes gotten by Ajayi.