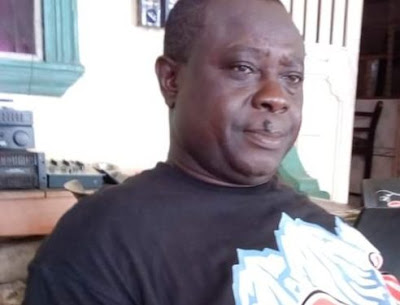 The chairman of Udu Harbour Market, in Udu council area of Delta state, Freedom Odiete, has been shot dead by suspected assassins.

It was learnt the tragic incident which happened Sunday was the third attempt by hoodlums to take his life.

Odiete, who was popularly known as Opito, was ambushed in Ekete Community by Cross-and-Stop Junction, along the DSC Expressway in the council area.

Witnesses said he was driving his Pathfinder SUV when the assailants struck.

He was reportedly shot on the left hand but managed to escape.

However, the hoodlums trailed him to where he had taken refuge along nearby Orhuwhorun road and shot him repeatedly.

According to sources, just last week, the deceased survived a similar attack.

Findings reveal the attack may be connected with disagreements on ownership of the Udu habour market by youths of Ovwian and Owhase communities in Udu LGA.

“This is the third time gunmen have gone after him. I was two poles away when I heard the gunshots renting the air. When the gunshots subsided we rushed out only to see that it was Opito (Freedom Odiete) that was killed. He was attacked last week but God being so kind, he survived it.

“We learnt that Owhase and Ovwian communities had been having issues of Udu Habour Market. He has been receiving threats from some persons over the issue,” a source claimed.

Reports indicated the late chairman had insisted leadership of the market would not be divided along community line.

He was also alleged to have been attacked last year.