Covid Patient ‘becomes First In World To Die After Being Reinfected’ 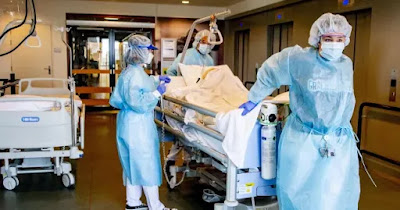 A Dutch woman has become the first reported person to die with Covid-19 after being reinfected with the virus.

The 89-year-old patient died in the Netherlands under three weeks after contracting Covid-19 for a second time, said researchers.

At the time of her death she was undergoing chemotherapy for Waldenström’s macroglobulinemia – a rare type of white blood cell cancer – which is treatable but incurable.

Researchers said the woman was rushed to A&E earlier this year while suffering with a fever and a severe cough, before testing positive for coronavirus. She was discharged after five days.


Other than ‘some persisting fatigue’, the patient had no symptoms and started her next round of chemotherapy nearly two months later.

But just two days after starting treatment, she again developed a fever, cough and shortness of breath. She tested positive for Covid-19 again, with antibody tests recording negative results on days four and six.

On day eight her condition ‘deteriorated’ and she died two weeks later, said researchers, whose findings were published in the Oxford University Press. Scientists said her second infection was ‘more severe’ than the first.

After analysing test samples taken from the patient, scientists said the genetic makeup of each virus she had was different – leading them to conclude that it was ‘likely’ that she got reinfected with Covid-19.