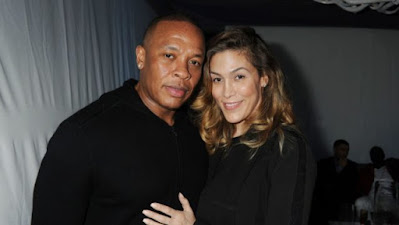 The divorce battle between Dr Dre and his estranged wife Nicole Young has taken a new twist as Young is being investigated following claims she embezzled more than $385,000 from the rapper’s business account.

According to Daily Mail, Dre’s business partner Larry Chatman filed a report against Young with the Los Angeles Police Department. Young is accused of withdrawing funds without authorization from Dre’s Record One recording studio on two occasions, including one withdrawal of $353,571.85 in August.

Young, who filed for divorce from Dr Dre earlier this summer after 24 years of marriage, had earlier claimed in proceedings that she was entitled to the money since she was a trustee of the account.

Chatman’s attorneys, however, said she had no legal access to the funds as her name was removed after the first withdrawal.


Dr Dre and his legal team last month sent communications to Young and her team demanding the money be put back into the account immediately or she would face legal action.

Young’s lawyer Bryan Freedman called the move ‘a clear attempt to smear Nicole’s name,’ telling TMZ she was authorized to withdraw the cash amid the marital split.

“There is no question that Nicole had both the contractual and the legal right to have taken this action and Andre’s team is well aware of this fact. Any suggestion she did something untoward is preposterous and pathetic.”

The investigation comes after a Los Angeles judge ruled Dr Dre will not have to pay Young $6.5million in expenses related to their split.

Young had requested her estranged husband pony up $5million for lawyers fees and $1.5million in incidental expenses, including security, as her legal team said she’s been threatened amid the separation.

A judge dismissed her request earlier this month, noting Young had previously fired a security detail the rapper had hired for her, according to TMZ.